The procedure is aimed at those who wish to market the product and whose destination is not the provinces that make up the Northern Patagonia and southern regions, Cuyo and Northwest.

The National Health Service and Food Quality (Senasa) reports until 20 August is open enrollment producers who wish to market fresh fruit vine produced in the province of Mendoza and whose destination is non-wine-growing regions of the country.

The action is carried out under the National Program for Prevention and Eradication of Lobesia botrana and registration is performed 8:30 a 13:30hs. at the following locations:

Packings, distribution centers and / or cold and splitters, that recepcionen grapes from farms licensed by the procedure, may register up 15 days before receiving the fruit, not being determinant geographic location.

Senasa remembers and is provided to register for this season, having paid all the stickers and submitted the affidavit of production destination registered to 30/06/2015 (Form 6 Annex III). Just as there have been defaults or irregularities in the season 2014-2015.

Registrants are quarantined producers must implement the necessary actions for pest control. The same may be made through mating disruption and / or chemical treatment, in the corresponding alerts. In addition to the season 2015-2016, Senasa and the Institute of Agricultural Health and Quality of Mendoza (Iscamen) there are provided an operating technical advice to producers who are enrolled.

By last, Senasa recalls, if fresh fruit vine produced in Mendoza is destined for regions of Northern Patagonia (Black River and Neuquén) Y of (Chubut, Santa Cruz and Tierra del Fuego), Whose (Mendoza, San Juan and La Rioja) and Northwest (Catamarca, Skip, Jujuy, Tucumán and Santiago del Estero), or the settlement was dropped from the SMI, You must comply with the quarantine treatment of methyl bromide fumigation, according to the provisions of the regulations.

In the event that the owner register

In case a third register

In all cases also present 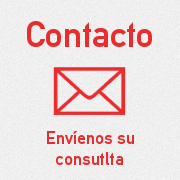